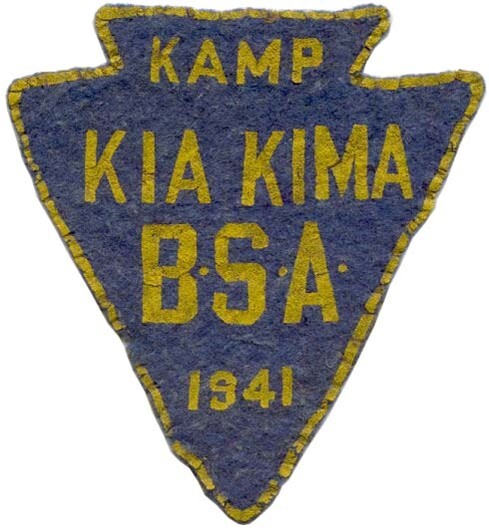 The first Kia Kima patch was issued in 1941. This is not including the Kamp Emblem patches, which were sewn on sashes.

This patch printed on the back of leftover patches from 1938 Camp Crowley, 1938 Camp Robertson, and 1939 Camp Frierson.

In 1948, with the reopening of Kia Kima, the Chickasaw Council issued its first Kia Kima patch: a gold arrowhead with a separate year segment. The following year in 1949, the first patch with a thunderbird was issued. 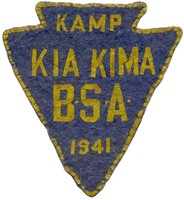 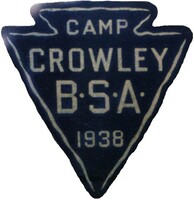 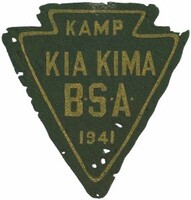 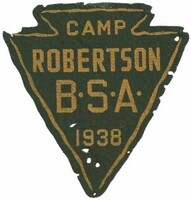 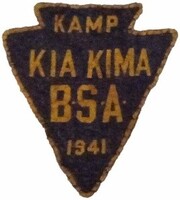 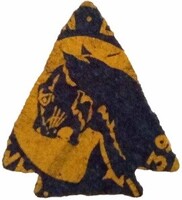