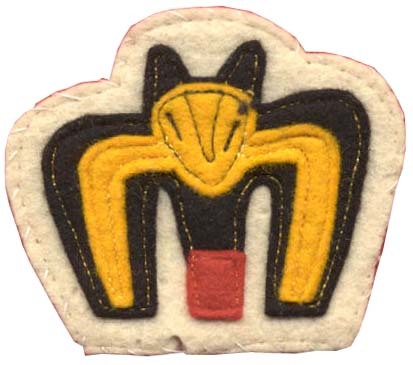 The thunderbird is the totem of Kia Kima and has undergone many evolutions. The first documented mention of the thunderbird in relation to Kia Kima is in the 1931 Camp Director's Report in the inventory of Emblems. In addition to the blank sashes, first year, fourth year, fifth year, and sixth year emblems, the camp director inventoried one Buffalo Head patch, one Indian Head patch, and one Thunder Bird patch. This early thunderbird design appeared very different from the familiar Kia Kima thunderbird and was fashioned after images of thunderbirds on the tops of totem poles. 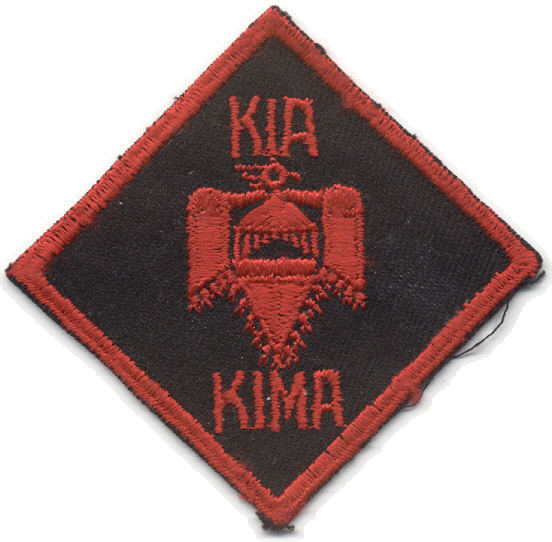 Although used as a patch on the emblem sashes, the thunderbird likely did not become associated with Kia Kima until 1949. In April 1949, the new Order of the Arrow lodge chose the name Chickasah Lodge #406, and presumably selected the thunderbird as its lodge totem at that time. As usual with the Order of the Arrow, the lodge officers likely included most of the camp staff. It is logical that the same core group of staff and arrowmen adopted the thunderbird and used it for both Kia Kima and Chickasah. That summer is the first documented appearance of the thunderbird as Kia Kima's totem with a photo of the 1949 Kia Kima Staff wearing shirts bearing the totem pole style thunderbird. That same year, Kia Kima issued a participant patch with the more common style thunderbird. This version on the patch became the main thunderbird and the 1950 photo of the staff shows t-shirts with the modern style.

The thunderbird has had several different iterations and styles throughout the years. The upper-half of the thunderbird's chest usually shows either a red sun between two clouds or three storm clouds. The lower-half of the chest consists of vertical lines that have been interpreted by artists as either rays of sunlight or rain depending on the upper-half. Some designs blend the upper and lower halves into geometric shapes. The chest of the thunderbird also sometimes contains "WWW" when representing Chickasah Lodge, or sometimes "BSA" when representing Kia Kima. 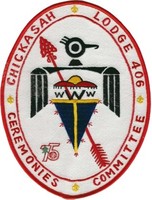 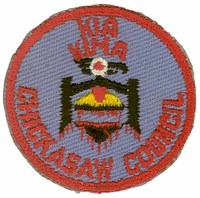 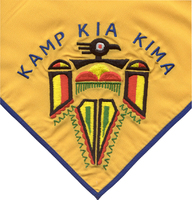 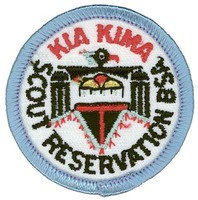 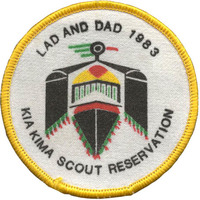 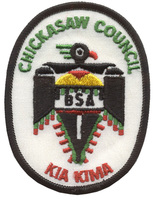 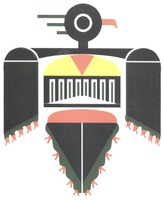 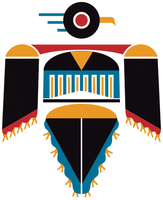 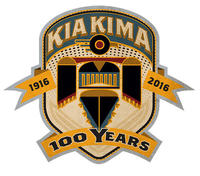 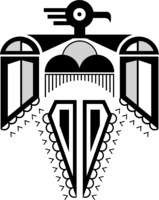