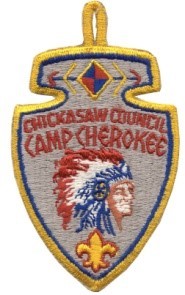 When Camp Cherokee opened in 1965, it took on an identity of its own as the Outpost Camp. As part of that identity, it adopted its own symbols to identify itself as opposed to the "Main Kamp," now called Camp Osage, and the thunderbird.

The two main symbols associated with Camp Cherokee are the arrowhead and the Indian head. The first documented use of the symbols are on the 1972 Camp Cherokee patch and neckerchief. The symbols have since then appeared on patches, t-shirts, staff paddles, and signs.

Generally, the Indian head is superimposed over the arrowhead, but they occasionally appear next to each other. There is no standard design for the Indian head, but many of the anniversary memorabilia use the 1972 design. On occassion, the Indian head logo used by the Order of the Arrow from 1961-1976 has been used. 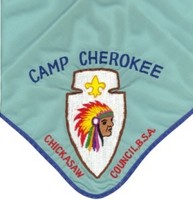 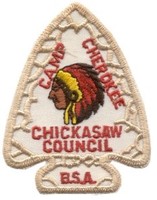 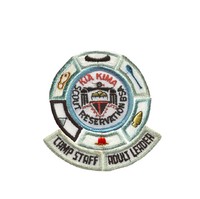 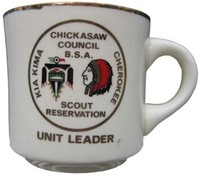