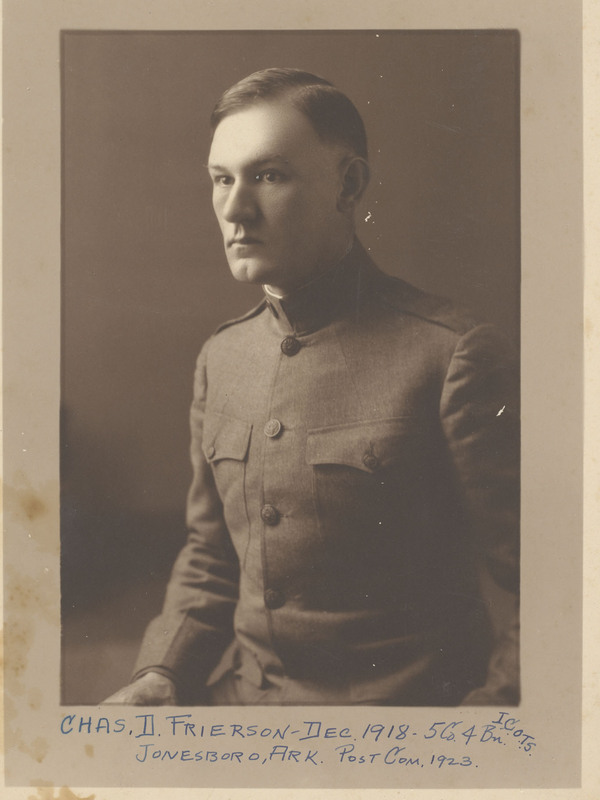 The first Boy Scout tents were pitched in Hardy, Arkansas, by 25 Scouts in 1913, led by Charles D. Frierson, Sr., a Chancery Court judge in Jonesboro. For three years, the Jonesboro Boy Scouts, led by Judge Frierson, held a two-week summer camp on the Spring River. (Boy Scouts Will Camp, Daily Ark. Gazette, July 8, 1913, at 2); (Scouts Enjoy Camp Life, Daily Ark. Gazette, July 14, 1914, at 2); (Boy Scouts Reach Camp, Daily Ark. Gazette, July 21, 1915, at 2). The exact locations of the encampments are unknown, but they are reported to have camped “near the Schierys of Memphis” for the first year in 1913. (Boy Scouts Enjoy Themselves, Ark. Democrat, July 11, 1913, at 8). And they then “received an invitation” from both Many Islands and Hardy for the 1914 location. (Boy Scouts to Have Encampment on Spring River, Jonesboro Evening Sun, May 12, 1914, at 1). 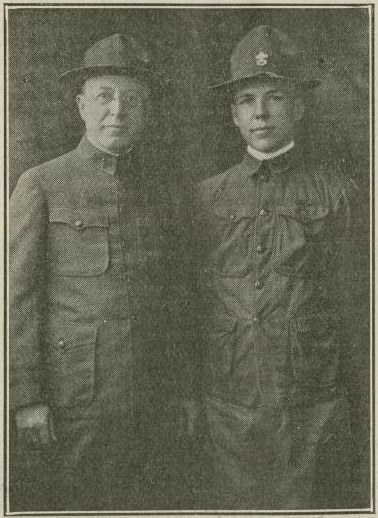 The Chickasaw Council Comes to Hardy

The Chickasaw Council began to form in 1915 with Bolton Smith as the Council President, and it launched its first capital campaign before it finished the process of applying for a charter from the national Boy Scouts of America. (Bolton Smith Heads New Scout Council, Commercial Appeal, Feb. 22, 1916, at 6). The Chickasaw Council officially organized on February 21, 1916, with a meeting overseen by H.M. Butler, a Special National Field Scout Commissioner for the BSA. (Ibid.). The new Scout Executive, Edward Everett, arrived in Memphis two days later to begin work. (Ibid.).

Within a month, the Council decided the Boy Scouts in Memphis deserved a permanent summer camp:

Memphis Boy Scouts will enjoy the fun and experience of camp life this summer. A camp committee of Chickasaw Council, Boy Scouts, selected by Chairman Bolton Smith last night, at a meeting of the executive committee, will immediately look around Memphis for a permanent camp and sites for camps for overnight hikes. The permanent camp may be some distance from the city, perhaps in Arkansas.

Bolton Smith and the committee worked very quickly. Their search led them to Judge Frierson, who told them of the beauty of the Ozarks and the rivers around Hardy where he had held summer camps for the last three years.

A month after forming the committee, and two months after officially forming the Chickasaw Council, Bolton Smith, Edward Everett, and Judge Frierson arrived in Hardy. On Sunday, April 8, the three of them closed the deal with Victor A. Mayberry and his wife, Cora Mayberry, to purchase 200 acres on the South Fork River for $2,000. (Buy 200 Acres for Boy Scouts’ Training Camp, Ark. Democrat, Apr. 11, 1916, 10). The deed was drawn up and the land was officially transferred on April 11. (Deed to Bolton Smith, 1916). Bolton Smith purchased the land and donated it to the fledgling Chickasaw Council. Bolton Smith was truly the founder and visionary of Kia Kima:

In closing Mr. Everett referred to Mr. Bolton Smith, the last speaker, as “the man who made Kamp Kia Kima possible.”

Scouting is potent in its force for good, not only in teaching boys the discipline which would be useful in war time, but also in that it drills them in solving the more difficult proble. of preparedness for peace and making the most of their citizenship, Mr. Smith believes. He thinks that scouting is the opening wedge of a newer education, which will be based on things boys like to do.

The council worked quickly making plans for “Camp Chickasaw, at Hardy, Ark., the summer outing place for a number of years for Memphis youths, a permanent camp.” (Boy Scout Masters Will Organize Today, Commercial Appeal, Apr. 25, 1916, at 10); (see also Name of "Kia Kima"). At the same time, the council approved three sites for weekend camping which the owners had offered to the Scouts, including a 200-acre tract owned by E.H. Crump, or “Boss Crump” of Memphis political fame, who remained a supporter of Scouting through the years. (Scout Masters Elect, Commercial Appeal, Apr. 26, 1916, at 11).

Kia Kima opened in 1916 with Edward Everett as the Camp Director. The first group of six Scouts left Memphis on June 24 for camp. In the two months since the purchase, a camp was forged out of the Ozarks: “One spacious lodge with five cottages have been erected on the hills near Hardy, with beautiful [South Fork of the] Spring River flowing by about 100 yards from the camp.” (Boy Scouts in Camp, Commercial Appeal, June 25, 1916, at 29).

Although it was originally going to be called Camp Chickasaw, at some point that summer, the name "Kamp Kia Kima" was adopted. About 75 Scouts attended Kia Kima during the first season. (Memphis Boy Scouts Make Much Progress, Commercial Appeal, Nov. 6, 1916, at 7). At the Chickasaw Council’s annual banquet, Camp Director Edward Everett discussed future plans for camp and regaled the audience with the details of the “raid of the terrible five.”—“Five young men who tried to raid the camp one night were made captive and were sent back to their hotel in broad daylight, garbed in pajamas.” (Scouts Banquet at “Y.”, Commercial Appeal, Dec. 30, 1916, at 5).

A month after Kia Kima was purchased, the plans for Camp Miramichee began to be formed:

The working girls of Memphis this summer will have an opportunity to enjoy for two weeks real out-of-doors mountain life A camp, situated in the foothills of the beautiful Ozark Mountains, near Hardy and on a river, has been arranged for them by a group of Memphis men, who have bought some property in that neighborhood for the benefit of the Memphis Boy Scouts.

“‘Merimichee,’ the Indian wor[d] for ‘happy resting place,’ has been chosen for the camp name[,]” and the camp was “situated on the Boy Scouts’ land.” (Ninety Girls Entered for Outing at Hardy, Commercial Appeal, June 4, 1916, at 56). Edward Everett and his wife were both on the advisory committee, and Mrs. Everett served on staff at Miramichee while her husband was the camp director just up-river. (Plan Vacation Camp, Commercial Appeal, May 6, 1917, at 20). That first year, 93 girls attended camp with Sophia Kraus as the director. The camp had a dining hall and four sleeping houses, and a “spending spring was found on the site and was properly cemented.” (Ibid.).