"The history of the work and feats of all the past chieftans of Kia Kima are held up to the new campers, which make up Kia Kima traditions. Chief Everett, Chief Crow[e], Chief Browne, Chief Wailes, Chief Barcroft, Chief Bo[c]quin and Chief Craig, who return this season, are to the boys like some victorious warrior in a tribe before them. These men have left ideals and feats behind them, and every year the leaders tell of them around the camp fire. Morale and discipline become second nature when the scout instinctly feel that they are inheriting these fine principles instead of having them as some set rule."

The following is a list of the Camp Directors of Kia Kima. With the advent of multiple camps at Kia Kima, the title changed to Reservation Director with multiple camp directors of the subcamps.

In 1940, the Chickasaw Council moved the council summer camp program to Camp Currier. The Council still employed a Camp Director for any Scouts that wanted to attend Kia Kima. Only six Scouts and two leaders attended camp.

In 1941, the Chickasaw Council leased Kia Kima to the Eastern Arkansas Area Council which operated Kia Kima for the season. 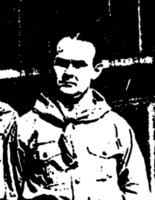 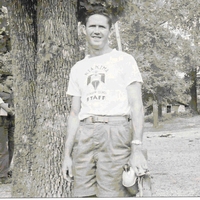 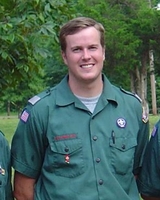 Some photos predate the individual's time as Director.