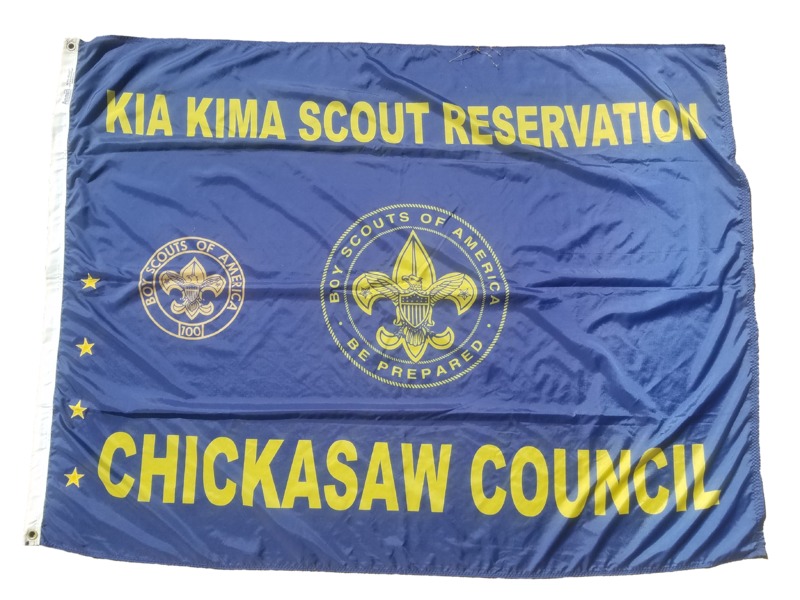 The Kia Kima flag has two additional items that makes it stand out from other camps: a veteran insignia and four gold memorial stars. 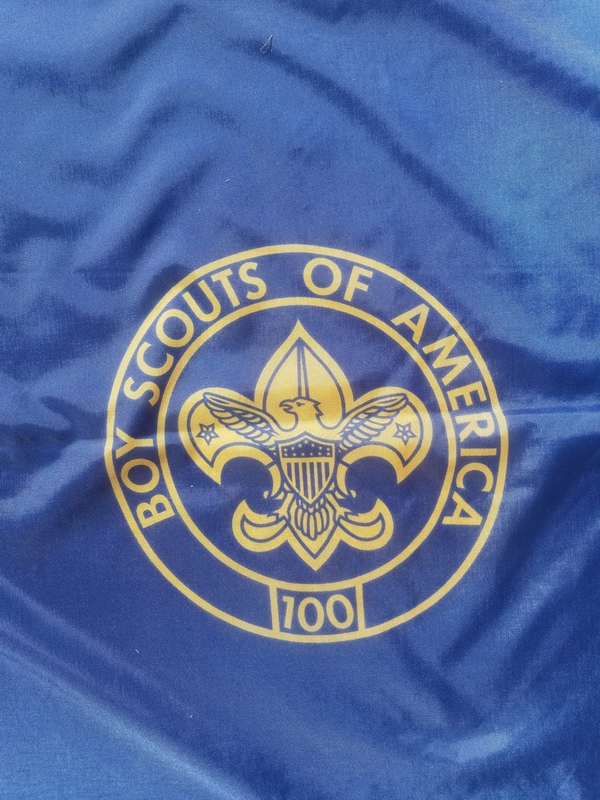 Four golden stars memorialize Kia Kima staff alumni who gave their life in service to their country. These four stars are sewn six inches from the pole-edge of the flag and at six-inch intervals from the bottom of the flag up to the veteran insignia. Although only four are currently known, there are likely others who have not been recorded. 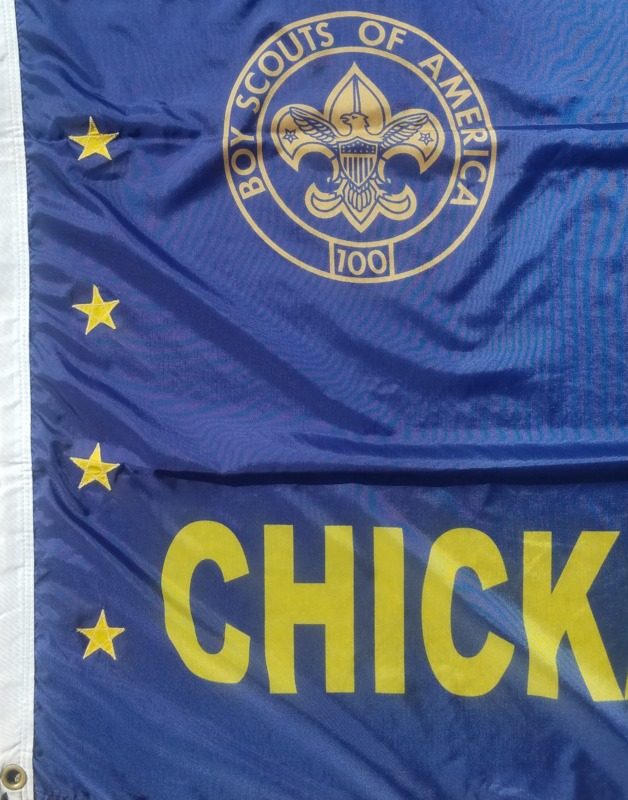 US Army. Kia Kima Staff in 1937. Eagle Scout out of Troop 29 of Evergreen Presbyterian Church in Memphis. Killed August 24, 1944, in Les Ormes, France. Lt. Fiedler commanded a platoon in the 2nd Cavalry Regiment. During an attack, another platoon leader was killed. Lt. Fiedler then took command of both platoons and led them to defeat the Germans, but he was mortally wounded in the process. Lt. Fiedler was posthumously awarded the Bronze Star for his actions.

US Marine Corps. Kia Kima Waterfront Staff in 1955. Eagle Scout and member of Explorer Post 22 in Memphis. Killed August 23, 1966, by mortar fire during Operation Prairie in the Vietnam War.

US Navy. Kia Kima Program Director in 1962. Killed May 30, 1967, when his helicopter crashed during a classified mission in Arizona. Johnson also created and portrayed the University of Memphis' first Pouncer mascot and later led the student effort to obtain a live animal mascot.

US Air Force. Kia Kima Health Lodge Staff in 1954. Eagle Scout and member of Explorer Post 35 in Memphis. Killed August 3, 1969, when his plane was shot down in North Vietnam.
Kia Kima Flag