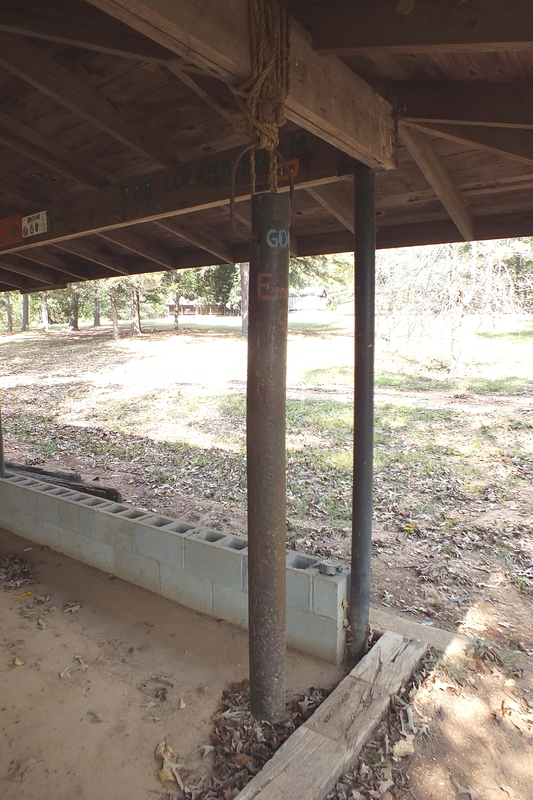 In the Cherokee Nature Lodge, there is a large metal pipe approximately 5' tall hanging from the rafters referred to as a gong. It is used at the emergency signal in Camp Cherokee. Striking the gong with a mallet produces a loud ringing noise that can be heard throughout Camp Cherokee, including across the lake. Due to how loud it is, staff ringing the gong must generally wear hearing protection.

The gong has served as a loud signal at Kia Kima since at least the 1950s. To reach the original camp (now Old Kia Kima), Scouts had to cross the South Fork River. The gong was hung on the shore opposite from the waterfront and was rung to signal the Waterfront Staff (the "River Rats") to row across the river in a boat and bring them into camp. Each night a staffer was assigned to "river watch" duty to row staffers back into camp after their night off. River watch ended each night with staff curfew at 11pm.

There were three other gongs, but they were not used as a signalling device. They were used as anchors for the three lifeguard towers.