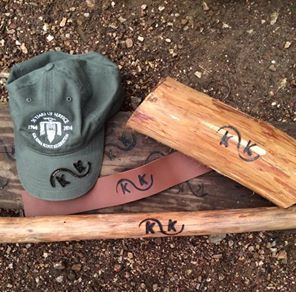 The line symbolizes the South Fork River which curves around and separates Camp Osage and Camp Cherokee, represented by the two K's. The correct orientation of the brand has the river above the first K and below the second K. 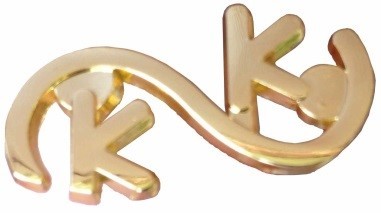 Since the creation of the brand, the design has been used on memorabilia, including Participation Pins and belt buckles.

During summer camp, branding is offered by the Scoutcraft staff and at the Mesara Outpost.